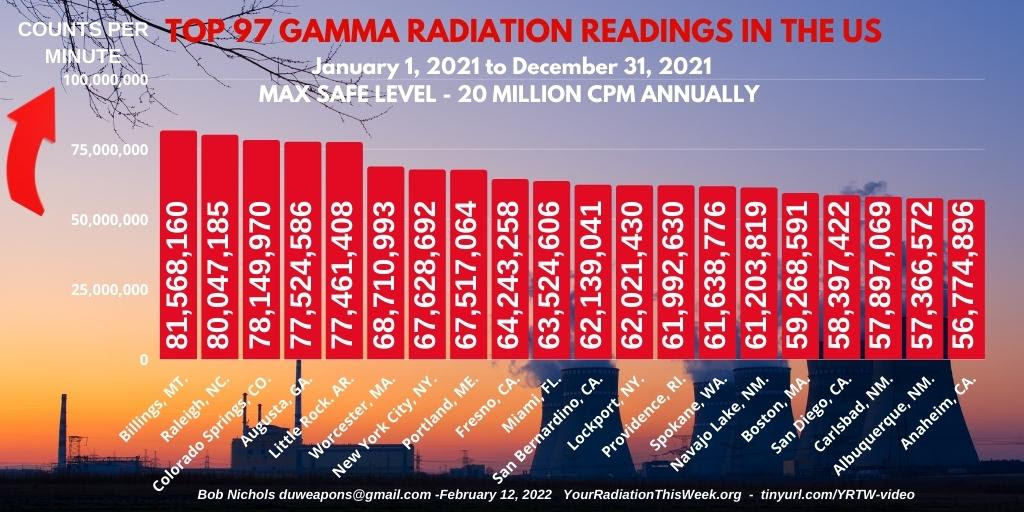 TOP 97 GAMMA RADIATION READINGS IN THE US

Today killer radioactive dust from the former US Hydrogen Bomb production areas are torn up by recent use of large scale earth moving machines used in Oregon highway construction.

Bob Nichols  is a Project Censored Award winner, a former correspondent for the San Francisco Bay View newspaper and a frequent contributor to various online publications.   He reports on war, politics and the two nuclear weapons labs in the Bay Area. Nichols is writing a book based on years of nuclear war in Central Asia. He is a former employee of an Army Ammunition Plant.