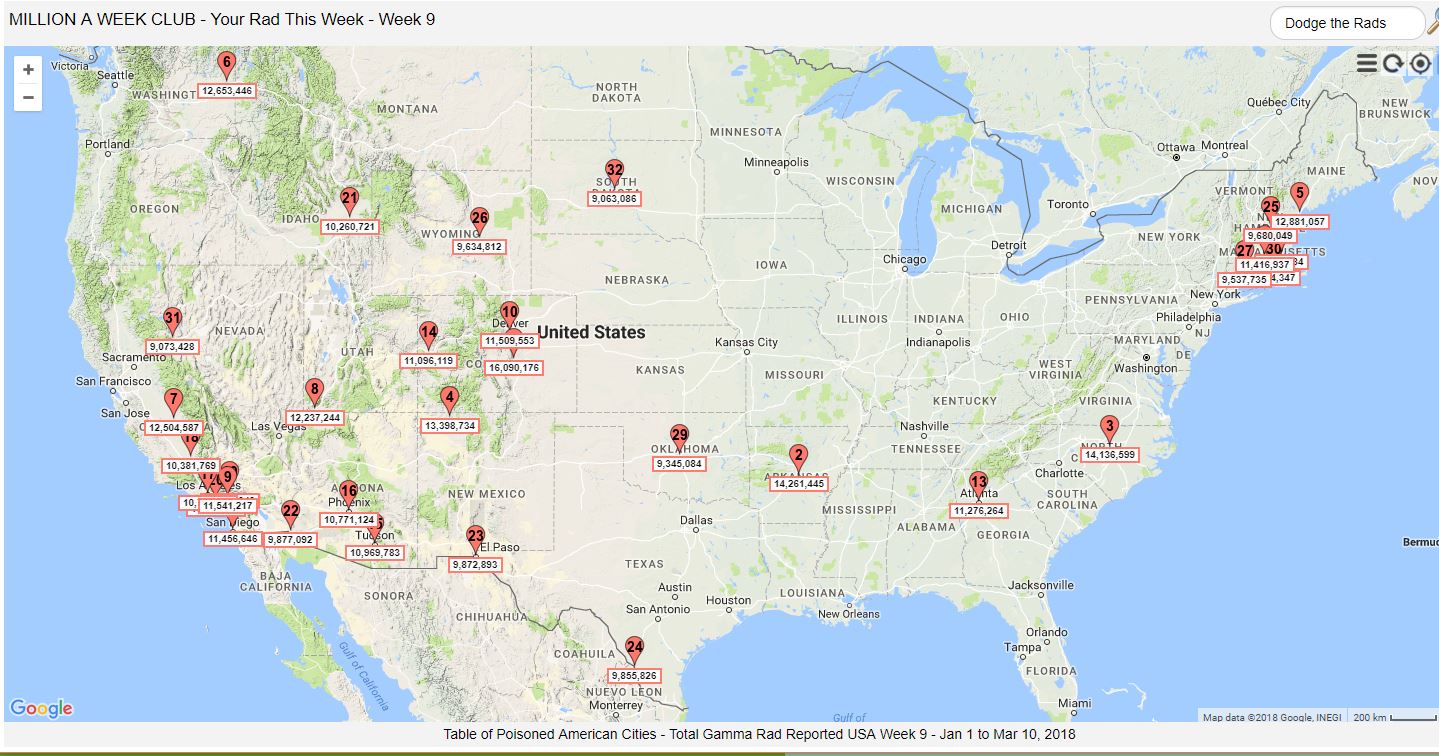 MILLION A WEEK CLUB – Your Rad this Week – Week 9

This is a Bad situation for all exposed to the Rad. Now included, for the 9th Week of 2018 just passed, all cities above 9,000,000 CPM Year to Date [YTD] of deadly Gamma Radiation and its unpublished radioactive kin. A Count is One Radioactive Decay.

PLUS: 64 odd other cities on the Most Poisoned Cities List for Total Gamma Radiation [Recorded] in the US.

Do this for every City on the Total Gamma Rad list.

When missing values are calculated using the Average Values YTD method and added to the Recorded Counts the number of affected cities above 9 Million Counts jumps to 47 cities.

The radiation counts are recounted from January 1 each week so no late reports will be missed. The remaining cities round out the Total Gamma Radiation List for March 17, 2018.

Watch for details on my ebooks on Fukushima and “GI Brains Fried by Military Dispensed Nose Candy”.  Thank you for your support.

The Table of Poisoned American Cities is changed. A new Column labeled “Tokyo Equivalent Rads” is added. The acronym is designated TER, the plural is written TERs. One TER is defined as the weekly high nSv/Hour measurement at the Rad monitor in Metropolitan Toneri Park in Tokyo, Japan.