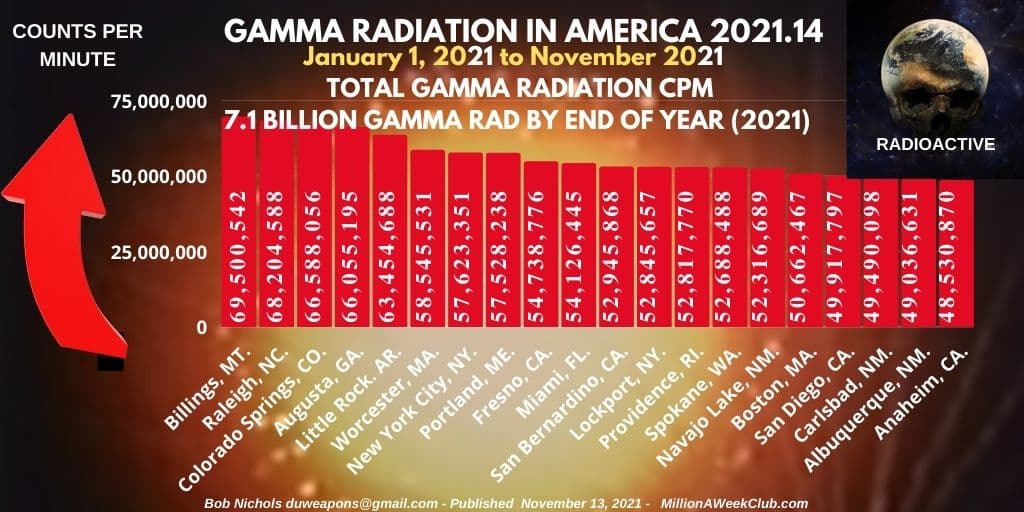 November 13, 2021 MILLION A WEEK CLUB Your Radiation This Week by Bob Nichols

TOP 10 GAMMA RAD READINGS IN US