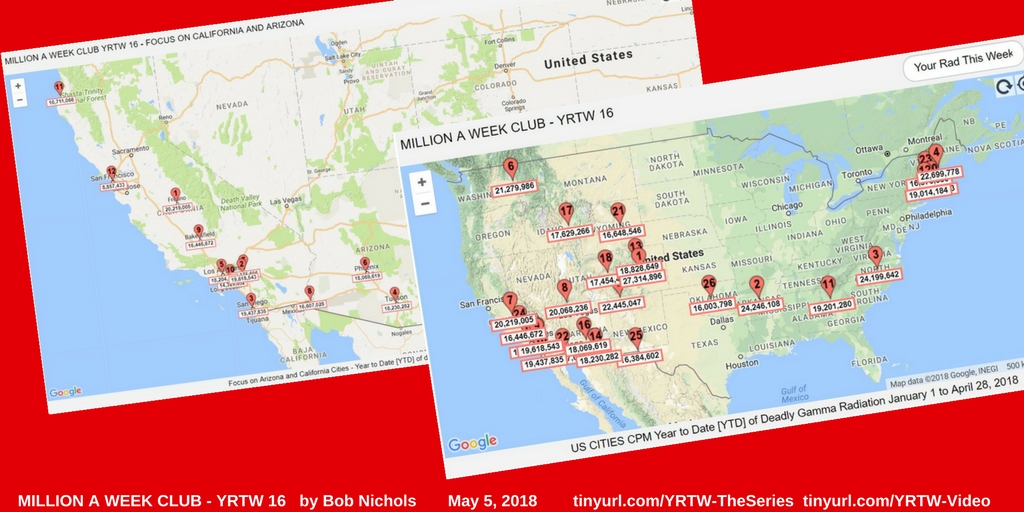 May 5, 2018 MILLION A WEEK CLUB Your Radiation This Week by Bob Nichols

Bottom-line! This is way too much radiation for humans to take. Facing a Dying Nation.

This is a Bad situation for all exposed to the Rad. Now included, for the 16th Week of 2018 just passed, all cities above 16 Million CPM [27] Year to Date [YTD] of deadly Gamma Radiation.

Use a fast InterNet connection or run the look-ups as a background task. Either way, you get the data yourself. No monitored cities are below the MaxSafeLevel.

The MILLION A WEEK CLUB  Rad Weather Reports are Free to You, but not free to produce.  Do what you can because you can. Everybody must do their shares.