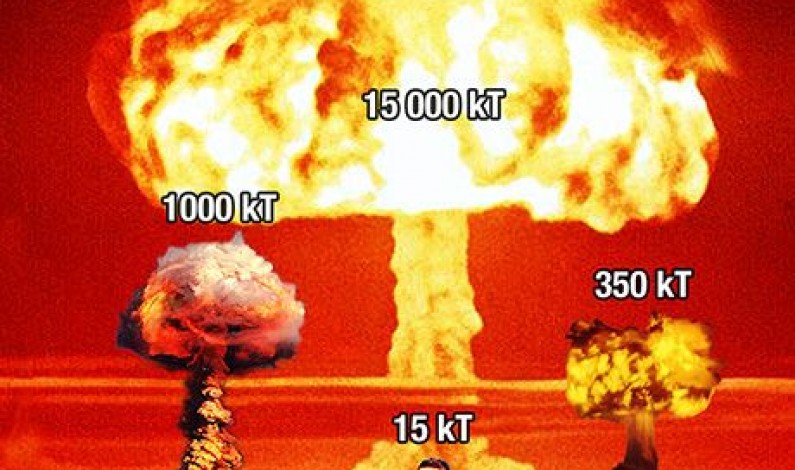 … that includes all of us. Every body is included, no one is excluded. The only escape is by death.

(San Francisco) August 27, 2016 – Good Day, this is “Your Radiation This Week.” There will be a brief hiatus in the numbers while I finish other projects. Based on seven years of historical records from EPA, the Rad numbers will continue to increase in the deadly levels. The outlook is not good.
Many readers have asked “Where did this stuff come from.”

Below is a Google translation of internationally renowned Physicist Dr. Paolo Scampa’s AIPRI Blog calculating the amount of U235 and Pu239 not consumed in the nuclear blasts worldwide.

“The atomic fission tests (190 Mt) have entered into the atmosphere worldwide, are reduced to fine invisible dust of very deadly isotopes suspended as nanoparticles in the air. There’s about 84 tons of uranium and 49 tons of plutonium not consumed in the detonations of the Bombs for a total of 138 tons dispersed in addition to approximately 10.8 tons of fission products.   Almost in its entirety they have drifted back to Earth.

The video is not a part of Dr Scampa’s article.

There’s no escaping it

The leftover bomb grade isotopes are simply abandoned, unclaimed in the atmosphere, to drift slowly back to earth. The Bomb Rads poison the whole Earth.

Over the past 70 years the Bomb derived radiation has gotten into everything and mutated it. Of course, that includes all of us. Everybody is included, no one is excluded. The only escape is by death; even then your remains are radioactive.

Copyright by Bob Nichols @ 2016. Reproduce and distribute, give full attribution to Bob Nichols at duweapons@gmail.com .