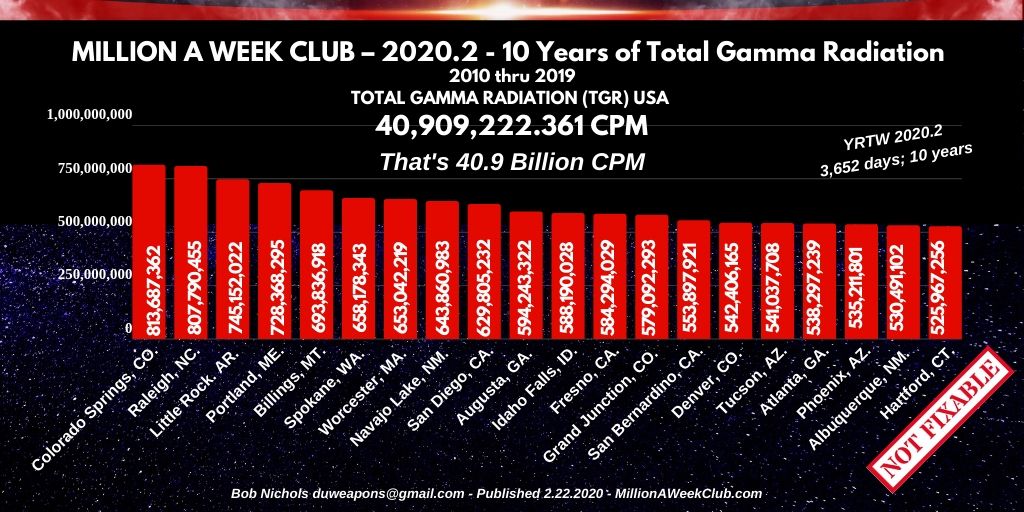 It is 3652 days from the start date to the end date, end date included.

Or 10 years including the end date.

Or 120 months including the end date.

for the United States:

Bob Nichols is a Project Censored Award winner, a former correspondent for the San Francisco Bay View newspaper and a frequent contributor to various online publications. He reports on war, politics and the two nuclear weapons labs in the Bay Area. Nichols is writing a book based on years of nuclear war in Central Asia. He is a former employee of an Army Ammunition Plant. Follow Bob on YouTube channel, Nichols on Nuclear, Twitter, and visit his web site YourRadiationThisWeek.org
You are encouraged to write Nichols at duweapons@gmail.com