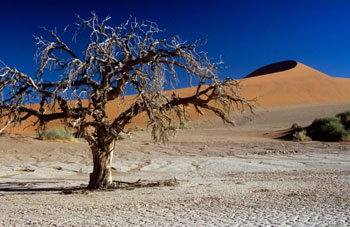 Visit the Your Radiation This Week Year to Date video channel and peruse the Nichols on Nuclear playlist to see these, and other maps of THE RADS IN AMERICA- MAPPED!  and much more.

`
I added a new measurement that will help residents understand the Rad. The Rad is with us all 24/7 constantly. It never goes away. It is better to know what the Rad level is than to not know.
`

Colorado Springs, Colorado is number one in the US right now having endured 54,954,061 Total Gamma CPM YTD, or Counts per Minute, since January 1, 2017.

`
Everybody and everything in the States absorbs a certain amount of the rad every day. The total Rad number you are exposed to determines how much you absorb; now and in the past. The Rad is always Cumulative.

`
Year to Date Radiation Measurement by City is a First for Bob Nichols and VT. Software and hardware computer upgrades make the Rad measurement sources easily accessible for interested residents.
`
Look up your city or a city near you on RadNet right away. Know your Rad Number! The more Rad people absorb, the quicker they sicken and die. It is just that simple … and the Rad is a forever thing.
‘
A Rad History Section is added. It has the Annual Totals of the Gamma and some Beta Rad in the States since 2006. The History Section is placed after the Year to Date Section.
Bests,
Bob Nichols
Writer

Rad Totals for the States since 2006

These are the 24 Hour a day recorded Total Gamma Radiation in CPM and Sievert measured highs affecting people around the United States. Be prepared for a shock, these Year to Date totals are really big radiation numbers.

The Rad numbers are your guide to your  exposure to the Rad. How much you already absorbed in your daily life is really hard to find out.

Especially hard hit are the cities listed in YRTW YTD ELE.   See the latest Your Radiation This Week or TOTAL GAMMA RADIATION report for the most recent list of the 98 reporting contaminated cities plus Toneri Metropolitan Park in Tokyo, Japan.

New Rad Measurement. Year to Date, 24 Hours a Day Rad measurements are added to the report for all reporting cities.  Rad Counts, called CPMs, are in the millions everywhere in the States.

Beta Rad is no longer reported by EPA. There is no replacement nationwide source available.

The valuable Beta Count is history just when we need it most. It was used to track Beta water lakes under leaking reactors.

YRTW ELE is published every two weeks on Saturday. ELE is an acronym for “Extinction Level Event.” The amount of Rad in the air now Dooms Humanity to a relatively quick Extinction.