January 15, 2022 MILLION A WEEK CLUB Your Radiation This Week by Bob Nichols

TOP FOUR GAMMA RAD READINGS IN THE US 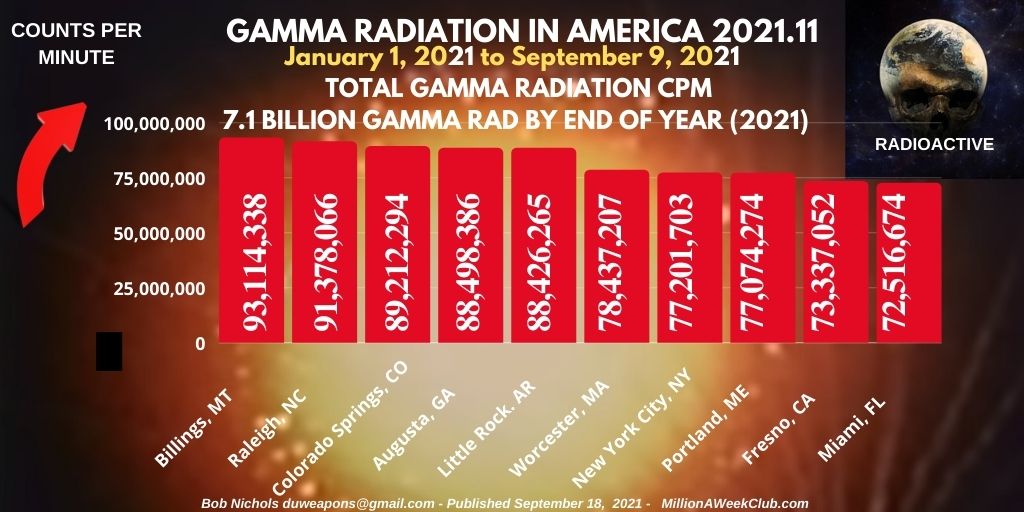 I rarely run radiation projections, but this year’s reading were looking a bit “off”.  But, when these private operators cranked up the fleet of reactors so they could make more money this cooling season the numbers soared!

Billings, Montana leaped to the top of the criminals list with a whopping annual 93,114,338 CPM projected.

One Hundred Million poison counts per year can’t be far behind.

Editor’s note: We have been sitting on this
story. This is hard science, real evidence
and something is terribly wrong. We do
not enjoy publishing this.

Mr President, the Reactors throughout the country are deadly and deteriorating more every day. They all must be shutdown immediately to start the required 5 year cooking off period.

Yes, this is all quite Insane. Use all your power and fix the radioactive sources. All of them.

The reactors’ records are screaming they are “in big trouble.”