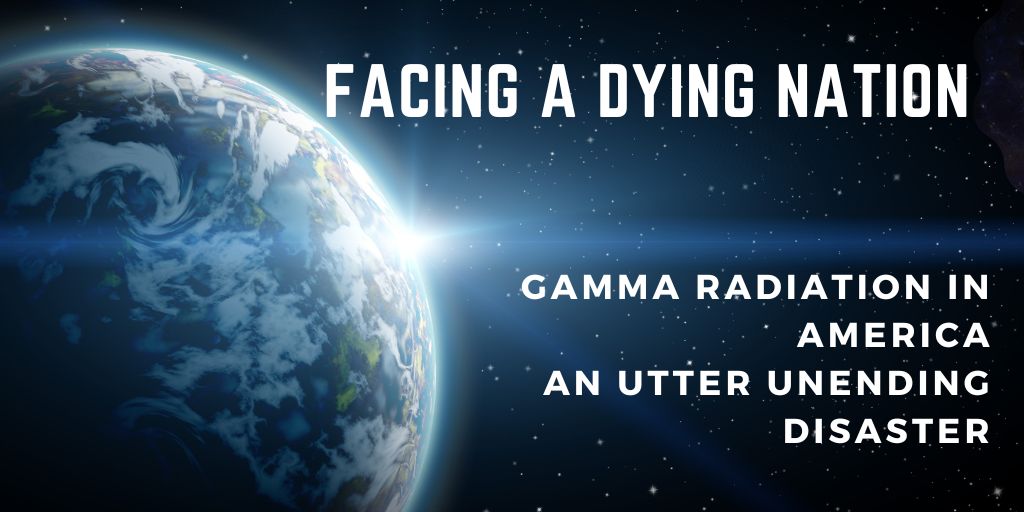 In the End the Gamma radiation and its sources Win EVERYTHING.

Worse, it is inevitable and there is no country or group that can do anything about it.

Yes – there is NO solution or fix.

The world population was estimated to be 8 Billion in 2022 by the United Nations.

The radioactive contagion spreads in the atmosphere worldwide in only a few years. Winds and storms carry the tasteless poison around the world in just four days.

Long term survival of humanity is not possible. This state of affairs is incomprehensible to most.

However, hundreds of thousands of nuclear scientists, engineers and office workers at the nine nuclear weapons Labs know.

Governments worldwide institute various schemes to silence those who know.

Bob Nichols is a Project Censored Award winner, a Veterans Today columnist, a former correspondent for the San Francisco Bay View newspaper and a frequent contributor to various online publications. He reports on war, politics and the two nuclear weapons labs in the Bay Area. Nichols is writing a book based on years of nuclear war in Central Asia. He is a former employee of an Army Ammunition Plant. Follow Bob on YouTube channel, Nichols on Nuclear, Twitter, and visit his web site YourRadiationThisWeek.org You are encouraged to write Nichols at duweapons@gmail.com