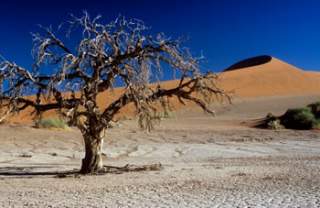 Visit the Your Radiation This Week video channel and peruse the Nichols on Nuclear playlist to see these, and other maps of THE RADS IN AMERICA- MAPPED! and much more.

[See the sortable table at the original link here.]

Good Day! This is “Your Radiation This Week ” for the past 2 weeks. These are the recorded Total Gamma Radiation in CPM and Sievert measured highs that affected people around the United States.

YRTW ELE is published every two weeks on Saturday. ELE is an acronym for “Extinction Level Event.” The amount of Rad in the air now Dooms Humanity to a relatively quick Extinction; Done In by our own war toys, how moronic is that! I can’t say it any plainer than that. The next publication dates are July 29 and August 12, 2017 on the Road to Extinction.

YRTW ELE Naming Convention. The “X” Series YRTW articles are EPA hourly radiation readings prior to 2015. The Rads are cumulative in effect. As the isotopes decay, the Rad Lethality increases. Continue to #DodgeTheRads

Notice: It is necessary for public health and because the many nuclear reactors are venting radioactive gases and steam at nights and on weekends so that all residents must stay inside at nights and on weekends. Especially hard hit are the cities listed in YRTW ELE. See the latest Your Radiation This Week for the most recent list of reporting contaminated cities.

The Tokyo nSv/Hour Rad reading gives you an instant and direct comparison in your city and the Rad Monitor in Metropolitan Toneri Park in Tokyo, Japan. Don’t have a nanoSievert EPA Rad Monitor? Tell your Mayor to get one!

I’ll keep you advised. Watch for my updates in Veterans Today filed under the ironic VT Category:

Life. This is Bob Nichols reporting.

Translated from French by Google. The original appeared in the AIPRI Blog here. (19)

The District Court ordered “the two to pay damages totaling \38.55 million to 62 of 137 plaintiffs from 45 households located near the plant, which suffered a triple meltdown caused by the tsunami, awarding \70,000 to \3.5 million in compensation to each plaintiff.”

As one person wryly observed “it’s a judgement against a shell company and a bankrupt extincted country. So what? there is nothing there.”

Copyright by Bob Nichols @ 2017: Reproduce and distribute. Give full attribution to Bob Nichols at DUweapons@gmail.com